The Galaxy S7 and Galaxy S7 edge were recently released by the Korean tech giant Samsung a while back. Both devices made a huge impact in the smartphone industry and were very well-received and reviewed. Samsung really worked hard on these devices and it shows. Both pack amazing features combined with high-quality hardware and performance. Fortunately, the users with Exynos version can root Galaxy S7 & S7 Edge and install a custom ROM of Android N if they are restless.

We will describe that how you can root Galaxy S7 and S7 edge. The Galaxy S7 duo is powered by the Exynos 8890 along with 4GB of RAM. However, in the United States, the Galaxy S7 duo runs on the Snapdragon 820 SoC, a decision that has sparked some controversy. The Snapdragon 820 model is specific to its users in the US market. However, there are some unpleasant surprises in the US version. The Snapdragon model comes with the locked bootloader which makes it hard for the power users to root and install custom ROMs on their S7  devices.

The users of the Galaxy S7 and Galaxy S7 Edge will have to wait for the Android N to come for their devices. Considering the Samsung update schedule, they won’t be seeing the updates this year.  Thus, they will have to spend a year without getting any major optimization, TouchWiz enhancements and bloatware stripping.

We have good news for those users who wants to root Galaxy S7 Edge to flash custom ROMs of their newly purchased device. By this step by step guide you can perform Galaxy S7 root and Galaxy S7 edge root (Exynos version). However, if you own the Snapdragon version of the devices then we strongly advise that you don’t try this because it is for the Exynos version only.

The first thing you need to do is enable the Developers Options in your smartphone. To do this just go to the device settings, and find phone’s build number. Tap on the build number five times and your will have Developers options enabled.

Now it is time to start with your phone. In the first step, you need to boot your device into Download mode. Turn your phone off and reboot by pressing and holding Home, Power and Volume Down buttons. Hold the buttons for a few seconds and you will find your phone in Download mode.

First, make sure that you have Samsung Mobile Phone Drivers installed on your computer. Download the drivers from your device and install them on the PC and proceed to next step:

Now as you have root files ready on your PC and your device in the download mode, run the Odin tool on your computer and then connect your phone via USB cable. Wait until you see the ‘Added message’ on Odin.

On the Odin tool find the AP button and click on it. Now browse your PC for the .tar.md5 file which you have saved earlier, in the 3rd step. After picking up the root file, now click START and let the process go on. You will not see any progress bar as on your smartphone it will show the Galaxy S7 logo instead. Your device will reboot a couple of time as the process go on and finally it will boot into Android and you will be done with your Galaxy S7 root or the Galaxy S7 edge root.

Your device will reboot a couple of time as the process go on and finally it will boot into Android and you have your Galaxy S7 or the Galaxy S7 edge rooted. 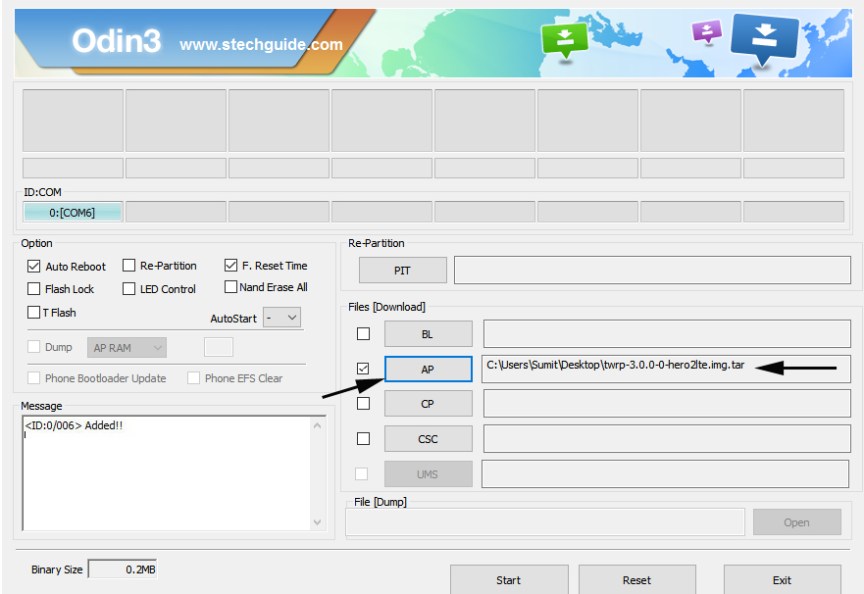 How to root Galaxy S7 and S7 Edge Video Tutorial: